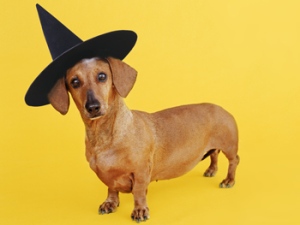 That is right folks. It is that time of year again and I know it is not too early because I don’t shoot my mouth off until Matt over at X-Entertainment does. The Fall season has begun and all seasonal stuff is now un-tabooed so that means I am free to blog about anything and everything macabre without fear of people thinking that I am weird. But who am I kidding? People think that regardless. 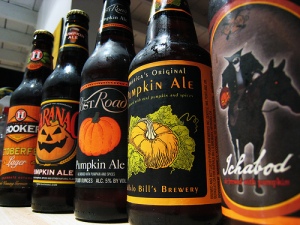 I am going to be doing a lot of reviews this year. To me, my opinion matters and I live in a fantasy world where everyone else believes that too. I read and watch many review sites and more times than not, I trust what they say. So, I figured why not and to kick off the season I will be doing so with the 3rd Annual Fall Beer Review. Of course that will include drunken carving.

Oh the movies we will watch! I think if you have been on here long enough you get the point that I lurve old school horror as much as I do beer. And given the choice between the two, I am positive my head would turn inside out and explode from the fuse blowing conundrum in my brain. I think this week we will start off with an oldie but a goody, House On Haunted Hill. The old version, not the crap from today. Vincent Price was a genius and anyone would want to argue that, I will meet you with pistol on the hill at midnight. You can see this version on Hulu.com. Each week I will highlight a new favorite and try to keep it to those shown on either Hulu or YouTube so everyone can play. Hopefully Canadians can too because Sulya told me Hulu and Disney joined together to eradicate kittens or something and she can’t watch much. Nazis.

I ask, no, demand, that you follow along with the Halloween Countdown over at X-Entertainment.com. Matt has been doing this for years (weird to say that) and when it comes to the king of the season, I think he has held the crown for sometime. Trust me, you’ll get hooked all the way through January 1st. It is a great way to enjoy the seasons with other adults who don’t see Halloween as a time to dress as sluts at parties or burn poop on the neighbor’s doorstep. Okay, so we do that too. But still, it’s a nostalgic good time for all. Click the picture above to go there. I command you.

I told you before I want to bake something and I need your recipes. Allison gave me a good one and I am sure she is good for more. Nothing too complicated because, well, I am a guy. I can put out fires but in my own kitchen, I would rather not. I will post a step by step success or failure and test them on my neighbors. If they croak you’re going under the bus. Just kidding. I would just bury them in a pet semetary on an old Indian burial ground. Like they would comeback…

There might be a vlog. I haven’t decided that fully but I have been leaning that way. Hand gestures just prove to be too important not to use. Recently I have incorporated a bird and a dog into my hand gesturing conversations. You just have to see it. I have not decided this yet because I still like to imagine that you read this in a Robert Goulet voice. You know I hate to disappoint.

September and October are not really about gearing up for the day of Halloween. To be quite honest, by the time Halloween roles around I am pretty burned out and looking forward to Turkey day when all is right with the world with food, beer, football and the Macy’s Day Parade. But I really enjoy the little things about this time of year like the retail market focusing on bats and skulls, silly horror movies on UPN, the bizarre Kraft food Halloween ideas on the back of cheese packs, the change in weather and hunting for the ultimate pumpkin in the most sincere pumpkin patch.  It is nice to focus on life that goes by so quickly and enjoy just a piece of what most busy people never notice. Call me silly but a slice of Heaven is sitting on the back porch with a crisp evening Fall breeze blowing, drinking an Octoberfest beer, watching a candle flicker in a proudly carved pumpkin while Friday the 13th part III plays as background noise. I hope you will join me over the next few weeks. Trust me, they fly.

Leave a Reply to Will Cancel reply