I’m going to throw this out here, not because I feel that I have to but just to make sure there is no confusion. I am a straight male. I am not going to beat this to a pulp and risk painting VeggieMacabe into a “hey I’m not gay” blog because there is nothing in the world wrong with being gay. I just wanted this post to be in the appropriate perspective. Hey, I’m a 90’s guy! Anyway, tonight I am going to name a few of my man crushes. I think this is a funny term that was called to my attention thanks to Pam when she accused me of having a man crush based on my respect for a certain celebrity. So what? So I have a man crush? I am secure in my manly male maleness. 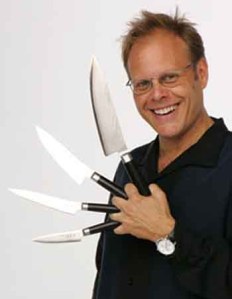 Alton Brown. This guy is to culinary science what Newton is to gravity. I could watch Good Eats for days on end and be better for it. How can this guy possibly know so much about food? He knows the chemical beak-down of a snow pea and some how makes it relevant! Unbelievable! There has never been a time when I turned off Alton from the tube and said, “well that was a waste of time”. Each show has a quirky way about it filled with humor and valuable information like in South America people eat toasted ants instead of popcorn and beets can look edible when talked up proper. Mr. Brown, I am in awe of you sir. 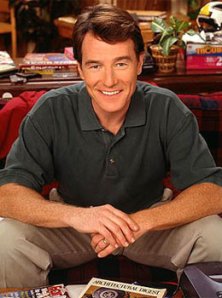 It’s Hal from Malcolm In The Middle! Actually it’s Bryan Cranston and this guy is the funniest dude in the world. In. The. World. World as in Earth. I have seen every episode of Malcolm In The Middle and the only ones I truly love center around Hal. No dude can rock tighty whities like Bry-Guy and no one can wear a body suit with the intention for speed walking. His duality between physical comedy and his dark portrayal of a professor turned meth maker in his latest AMC series leaves no question in his acting ability. One of the greats! 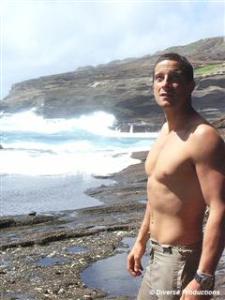 Bear Grylls. I know there was a question about the validity of his show, Man vs Wild, but his resume far out weighs whether he spends an entire night in a snow cave or not. So lets see, he was in the British SAS, the youngest guy to scale Mt. Everest and did so only a year after breaking his back from a bad airborne jump, volunteered to attend a French Foreign Legion bootcamp in AFRICA, and…well…you’ve seen the show. My point is, this guy is a badass in every sense of the word. I have much respect for him, especially for the British Special Air Service (SAS) since I used to work with them in Kosovo. In order to be in that elite team you have to be special. Bear is the man and I’ll go heels with anyone who says otherwise. 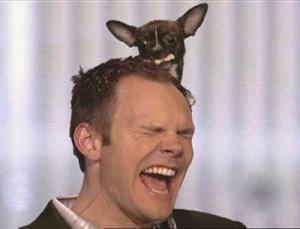 I consider Joel McHale somewhat of a hero. Who else keeps the retards of current pop culture in check? No longer can MTV and Tyra Banks get away with the crap they put out. Even the untouchable queen of daytime TV, Oprah gets hers. Oprahs Vagay-jay! And here I thought South Park were the only ones with all the balls. Joel’s snarkiness is a great conduit to rip on all the ridiculous crap we as views have to endure. Thank you Joel. 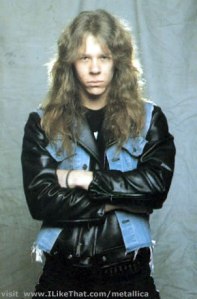 Still have mad respect for young Jame Hetfield. This picture embodies the changing face of metal and the brain behind “Kill ’em All”, “Puppets” and “Ride The Lightning”. He was an absolute genius and a model for all front-men from then on. I truly believe young James Hetfield was one of the greatest artists ever to bless rock.

Old Hetfield, no thanks. I am so tired of the whiny disposition that Metallica portrays. Between him and Urlich talking at length about how hard it is to do what you love all the time. How it sucks to be on the road and being a dad is the center of all life. Yeah, we get. So retire already before you put out a Kidz Bop album. God I wish I didn’t see Some Kind Of Monster! There is a reason why Bruce Dickinson and Lemey don’t do shit that that. Ugh! 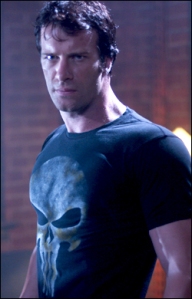 Thomas Jane did a bang up job as The Punisher, didn’t he? He did many of his own stunts and trained with Navy SEALs just to get in the appropriate shape that reflects what Frank Castle would look like out of the comic book. That dedication is admirable. I have been killing myself in the gym for the past few years and the Thomas Jane look is what I’m going for but….apparently he doesn’t eat Dijorno pizza and beer. What are you going to do?

So that is my list of “man crushes”. See? You can be straight as an arrow and feel perfectly confident it is ok to say you have a man crush. It’s more like the “guy’s guy” or the “man’s man”. I’m going to stop here before I embarrass myself any further. If you need me I’ll be doing curls while watching Nascar and burping.