There is something to be said for youthful indiscretion. Rational thought usually takes a backseat to terrific stupidity that is completely ignorant of any consequences. I was one of those youths. If there was a food fight in the cafeteria I was the clown to throw an apple. I feel fortunate my indiscretions never resulted in incarceration, maiming or death but that doesn’t mean I escaped all disciplinary actions. Here is one of my finer moments.

It was October of 1992 and I was a freshman at a Catholic high school, bred for mischief. A few neighborhood friends had invited me to the annual Fright Night at Six Flags amusement park and for a 13 year old kid it was one of the highlights of the year. To be unchaperoned at a theme park until midnight was probably the greatest opportunity a kid could have. It was an afternoon and night with creepy characters, roller coasters, funnel cakes, and no parental oversight with contingency plans and meeting points. Nope, we were young men in charge of our own destiny. 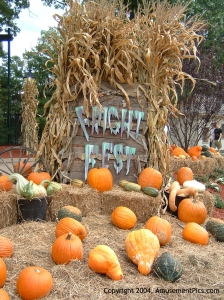 We all met, the four of us, at my friend Sandy S’s house since it was his parents who volunteered to take us. Now Mr. and Mrs. S were the envy of the neighborhood when it came to Halloween. They gave out full size candy bars, turned the garage into a spook house and after the trick or treating was over they hosted a Halloween party for all the kids. I don’t know what I looked forward to more, the trick or treating or hanging out at the S’s house? Needless to say, I was of a fan of the S’s.

When we were about ready to leave my friend Ben pointed out that there was a case full of orange MoonPies at the front door. If you are unfamiliar with MoonPies than you must be from North Korea. Ha! No, they are marshmallow filled cookie thing covered in a wax chocolate. You either love or hate them. I was not a fan and a little disappointed that this was the candy of choice for the S’s this year. It had to be stopped. 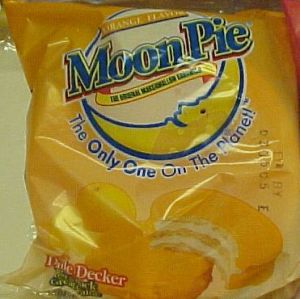 I explained that giving out individually wrapped MoonPies could only lead to a night of tricks by ungrateful little twerps. It’s bad karma to follow the previous years of giving out full size Twix and Snickers with a treat that was popular in the 1930’s. So we, as caring and thoughtful kids, volunteered to alleviate them of the Moonpie burden and stuff your windbreakers with the individually wrapped Moonpies and Mrs. S could stock the house once again with proper Halloween candy. We did her a favor.

So why would kids who didn’t like MoonPies to begin with want to take thirty of them to Six Flags? To throw them off the top of roller coasters of course! We weren’t going to eat them, silly. No, we came to an unspoken agreement that made sense only to 13 year old boys. There is no rationality behind it, we just knew that it was the right thing to do.

So after we stuffed our jackets to the brim with the said treats, we piled in the car and took off to Six Flags Over Georgia, blasting Smashing Pumpkin’s “Cherub Rock” all the way. Mr. S always was a teenager at heart and he kept current to what the kids were listening to. I remember the car ride there so clearly and how unusually warm it was for a late October day. So the first order of business, we decided, was to dump the cargo and ditch the jackets. 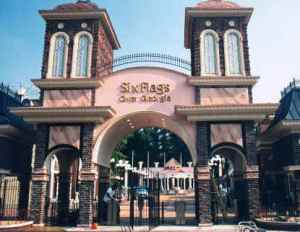 Right when we got to the park and through the entrance the decision on what to go on first was primary. This was the chance to get the mischief out of the system and relieve ourselves of the Moonpies in a glorious display of stupidity that will be the envy of Monday’s lunchtime stories. Should we go on the “Mindbender” with multiple loops and corkscrews? Nah, too short. Should we go on the famous “All American Scream Machine”? No, it’s mostly over water and no targets to hit. How about the “Cyclone”? Maybe, but it doesn’t quite fit what we are looking for…

Ah shit, that’s it! “The Looping Starship”! The one ride in the park that suspends you fifty feet in the air, completely upside down. It was as if it was designed to drop things from it. How many pairs of sunglasses and flip-flops perished on that ride? One could only imagine. Within ten minutes of arrival we were standing in line to meet our destiny as the new world record holders for dumping Moonpies off the Looping Starship. If only mom could see me now. 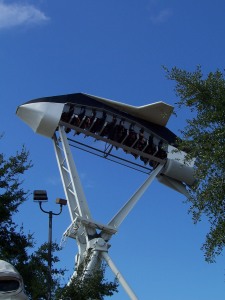 After an agonizing wait it was our turn to strap into the coaster. The shuttle was wide enough for all four of us to sit together on the same row. The lap-belts were tightened and the hydraulic bars came over our shoulders, securing us from plummeting to the depths below. All we had to do now was some how pull all the Moonpies from our jacket pockets and wait for Ben, the mastermind behind the plan, to say when to release.And then the ride began…

I suppose I should explain the mechanics of this coaster. There are about eight rubber tired wheels on the base underneath the flat belly of the shuttle which keeps the momentum and also slows it down. The shuttle itself rocks back and forth, like a pendulum, until it become totally inverted and completes a series of loops. Here’s a video of the exact ride.

So there we were, MoonPies in our arms, awaiting the command to drop. I have to give Ben props, his patience paid off because there was a point when the shuttle was completely suspended upside down and that is when he yelled, ‘BOMBS AWAY!”. And so we did. All thirty, individually bagged orange MoonPies fell from the Looping Starship. It must have been some sight from the ground to see such a shower of an iconic American treat.

We did it. Laughing and yelling as all the blood in our body rested in our heads, there was sense of forbidden pleasure that swirled around us. And then I noticed something. You see, foresight is not something a thirteen year old boy possesses yet. That comes many, many years later. Only after the deed does reality become apparent. Below us, resting on the tires were the thirty MoonPies, still wrapped in their air filled bags. And the shuttle was making it’s way down again towards them. And this is what we heard when we ran over them.

It sounded as if there was rapid fire machine gun, laying waste to the crowd below. And really, it wasn’t too far from the truth. As we began to ascend I looked up to see that the MoonPies had disappeared from the rotating tires. There was only a glimpse of an orange and white splotch on the spinning tires. But there was also a splat line of orange that lead right to the line waiting to ride the “Looping Starship”. And there were people laid out, covered in orange and white MoonPie goo.  Our triumph soon became terror as the ride slowed abruptly and came to a halt.

Everyone else’s hydraulic shoulder harnesses released but ours did not. We were trapped and I was still holding a MoonPie that didn’t make it out of my pocket. So screwed! The conductor (?) approached and yelled, “I’ve called security and you’re not going anywhere. Look at what you’ve done!”

I did and I still have an image of a poor black woman pulling a glop of marshmallow from her hair and another who was peppered all over her back. Her head was cocked back and shoulders were raised as if she had an ice cube dumped down her collar. Those images are still with me today. But every year they get funnier.

Soon the security guards arrive in golf carts and we were pulled from the ride by the elbow, much like a 6 year old who is bad at a Toys R’ Us. We were whisked away while the caked crowd jeered us. They wanted blood and I was relieved when we were taken behind the secret alley behind the skee-ball machines. That is when the interrogation began. 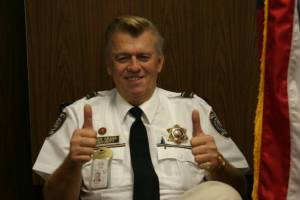 As the guards conversed with each other, Ben turned to us and said, “whatever happens, do not give them your real name.” That sounded like sound advise and when the guard approached with pad of paper in hand and asked Ben for his name, he verbally shit himself.

“Your name is Bjorn?”

For the life of me I can’t recall how the whole security guard encounter went. All I know is that we had our Polaroid picture taken and kicked out of the park soon after. We lasted only an hour at Frightfest ’92. I suppose it wasn’t all that bad. Mr. S wasn’t due to pick us up for another 6 hours and we played “capture the flag” in a parking lot of 5,000 cars. We agreed not to tell anyone of the incident but right when we were picked up and asked how it was, Sandy cracked and confessed the whole affair. He was such a cock suck. Regardless it was time to remember.

Boys will be boys.