Man, it has been a while since I have written a “Where Did You Go” post. So, as I sit at the work station for Wake Forrest Medical School waiting for them to redo their entire database I think I will use this time to be productive. Let me pay homage to the ones who birthed some of the cinemas greatest characters. And by moms, I mean the ones I care about and probably no one else does.

Lane Meyer’s mom in the movie, Better Off Dead, is about as amazing of a character as you can get. Her complete absence from reality, alternative homemaking skills and her unrelenting sweetness makes her so enjoyable to watch I just wish she could have had more of a dominating role in the film. Let’s see…she wanted to cutback the grease of bacon so she boiled it, dressed as a reindeer on Christmas morning, bought Lane a stack of TV dinners for his Christmas present, improvised a recipe that was wet from the rain and cooked something to life, and invited the neighbors to dinner to welcome the new French foreign exchange student to America by making French food. You know…”fronch fries, fronch bread, fronch dressing..”? Simply amazing. She was perfectly balanced dumb, ignorant, crazy and sweet. She’s like the buddy’s mom in high school who you could get to buy you beer but never did because the thought of hurting her feelings was not worth the fun. I love her.

Played by actress Kim Darby, she has had a long career dating back to the 60’s and has been in many TV shows like Murder She Wrote (shocker) the 1970’s classic Fantasy Island and films to include a major role in True Grit with John Wayne and was Debra Strode in the hilarious Halloween: Curse of Michael Myers. She has been nominated for an Emmy and a few Golden Globes in her time and has had a long career teaching acting at UCLA. Currently she resides in LA and was married to James Stacy who was the bartender in the evil Disney movie Something Wicked This Way Comes. All in all, I know her best as that wack-a-do Mrs. Meyer who played an amazing role as mother to Lane and Badger Meyer, in Better Off Dead and that is why she is top of this list.

Oh boy Nancy’s mom, Marge Thompson, from the 1984 Nightmare On Elm Street was an inflatable dartboard when it came to being a parent but when it came to handling a child molester, she was got shit done. This chick lit the dude on fire and took his glove as a souvenir. It almost worked too had he not, you know, come back in the dreams of kids and killed them in their sleep. Doh!

The reason she is on this list is because of her complete naiveté and her love of all things vodka. Even when her daughter woke up from a nightmare in a hospital and produced the hat of Freddy Krueger, she was still in denial! Also she taught us the hazards of smoking in bed:

And doors can be used creatively.

The woman who played this drunken, twice killed, and living in denial mother is the great Ronee Blakely who almost won an Academy Award for her role in the movie Nashville, loosely based on the story of Loretta Lynne. She had been in a few films and TV shows through the 1970’s to 90’s but besides Nightmare to Elm Street, I only really care that she was in the Tales From The Darkside episode, “The False Prophet”, appeared in the forgettable 1987 Return to Salem’s Lot and sang back up vocals to Bob Dylan’s song “Hurricane”. Other than that, she will always be the lady who funneled vodka and sort of killed Freddy Krueger.

Diane Freeling from the movie Poltergeist is probably my favorite movie mom for a couple of reasons. One, she is just cool and hip. She seems like the mom who brings cupcakes to Carolann’s classroom, buy’s Robbie the cool sneakers that all the kids are wearing, makes sure Dana has condoms before she goes on a date because we all know she was pretty loose in the movie and remember to keep cold Coor’s beers in the fridge with tightly rolled joints for when Steve gets home from a hard day of work. Two, I love the way she didn’t lose her shit like I would have when this happened:

I would have “Hiesman-ed” over Carolann on my way out the door. 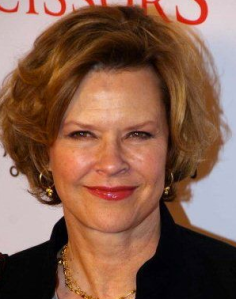 Diane Freeling was played by the beautiful JoBeth Williams and she is no stranger to brilliant acting. She made her debut just a couple of months before Poltergeist with Dustin Haufman in Kramer v Kramer and went on to do a number of big films like The Big Chill, Poltergeist II, and the Tim Allen abortion known as Jungle 2 Jungle. (Never trust a film, music group or insurance company with a number representing a preposition) Also she was most famous in the late 1970’s and early 80’s as her soap career as Brandy in the show Guiding Light. And know you know. Oh! And when I was looking up info on JoBeth the first site that came up was from Wikifeet; a whole site dedicated to celebrity feet photos. 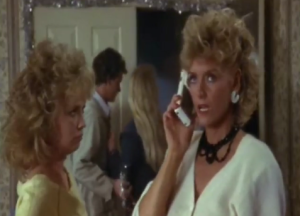 We are going to end this one on a high note, folks! Good ol’ Doris from the movie we all love, Night of the Comet. She is the cliché mom we all hate. It’s obvious that she isn’t the birth mother to the two girls in the movie because she plays the role of a wicked stepmother to the T! Married to their dad who is a Green Beret on deployment to Honduras, she is throwing a comet party and letting every guy in the neighborhood get a free ride (if you know what I mean). Well, the youngest smart-ass girl gets a little pissed off when she sees her stepmom flirting with the neighbor, Chuck, and lets loose with one of the greatest lines in cinema history: “Jesus, Doris. You were born with an asshole you don’t need Chuck.” That line resulted in this series of events. 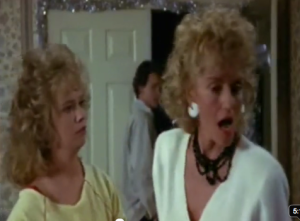 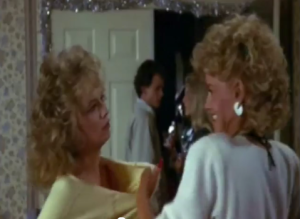 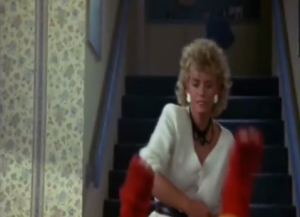 The lesson? Don’t slap in a punching contest. But don’t worry, Doris gets turned into Tang right after this scene. 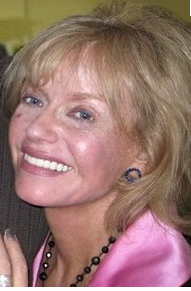 Doris was brilliantly played by Sharon Farell and what a ride this lady had! She has been in Hollywood acting since 1959 and has been on such shows as My Three Sons, Matlock, THE VERY FIRST EPISODE OF ALFRED HITCHCOCK PRESENTS, Freddy’s Nightmares and Emergency. Her movie roles were pretty extensive too but besides Night of the Comet the only other one I really care about is It’s Alive where she played the mother to Satan. Which, if this was another blog that would have taken the cake for her movie-mother roles. But not this one so go suck one!

16 thoughts on “Where Did You Go? Mothers”