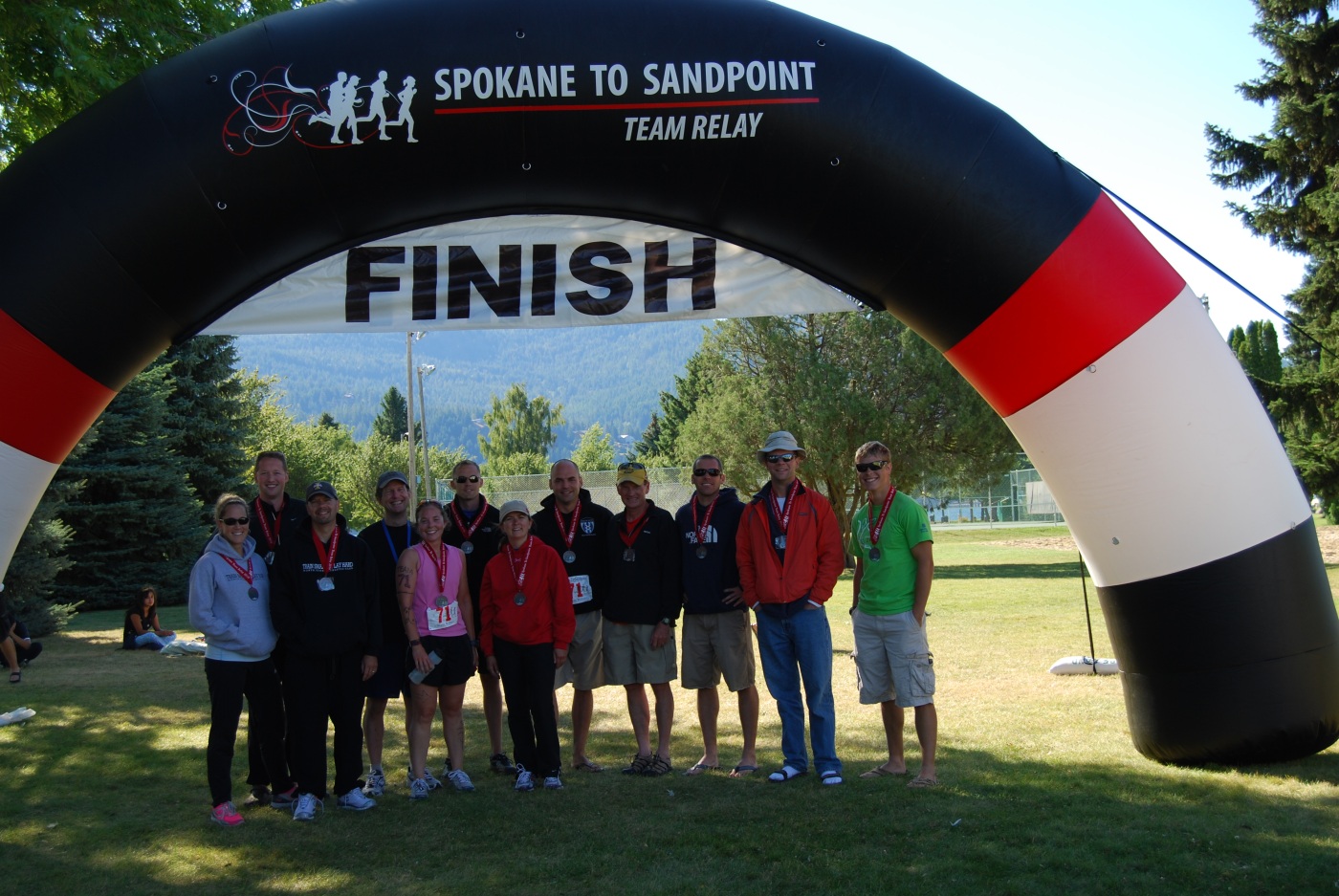 Well, I survived the race to Spokane and I think that is really saying something because three people were hit by cars and one died. I still have to say that out loud because doing something so fun with such amazing people, death shouldn’t be a factor and it is hard for me to believe that happened. But, in a 185 mile race over a 24 hour period, there is an element of danger. But this really put a dark cloud over our celebration at the finish. 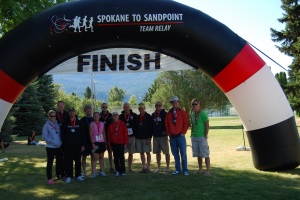 So, I will talk about the race later. It was a lot of fun and my team comprised some of the most talented and insanely fast runners I have seen. They made 7 mile stretches seem like a 500 yard dash and that’s being modest. I really wish I could have been quicker but sadly I had to run on a stress fractured heel and I just couldn’t get out of second gear. I am still Pissy McPissface about it.

On another note, have you ever noticed when you are in a rush, nothing will work in your favor? It happened to me in a Target yesterday. Now I was still a little tired from the weekend but this five-minute errand turned into a whopping thirty minute campaign I like to call Operation “Losing My Shit”. All I needed was wrapping paper, a card and tape. Sounds easy. It was not.

This seemed like a one-stop-shop aisle where all my needs should be fulfilled. Well, not really. I guess I was in such a rush I just couldn’t seem to find anything anywhere and that, for some reason, pissed me off. And I never get pissed about such things so I don’t understand why I went so Incredible-Hulk-on-shirt about this. Perhaps it was because finding tape under five bucks was like finding Bigfoot.

Well, this is turning into a pretty lame story so I will get to the part that made me want to write this in the first place and take pictures of tape.

No matter what, in the grocery store, I will always be in line behind the old lady who has a coupon for everything in her cart, needs price checks on generic canned cat food and after an agonizing wait, she will reveal her checkbook and demonstrate her cursive writing skills. This doesn’t bother me. Not in the least. But when you chose a line because you have wandered through the gift wrap aisle like a paraplegic in a game of “Marco Polo” and the phone is going berserk from people wondering why you are late, you try to pick the shortest line available. But that proves futile if the person infront of you is this guy.

For the sake of anonymity, just in case this is a reader’s Uncle Lou, I put an LOL cat over his face. Man, this guy could not figure how to pay with the credit card machine. If President James K. Polk was flung from his time to present day and told to pay for this detergent, I am pretty sure he could have figured it out before this guy did. It was tough to watch and that is when my patients waned and got the best of me. On his tenth attempt to not press the giant red ‘CANCEL TRANSACTION’ button, I blurted “jumpin’ Jesus on skates”. He looked at me with a defeated face and said, “I’m sorry”.

There aren’t many times I truly feel like a total asshole (though that may shock a few people) but when it happens I hate myself. I hated myself right then and there.

So, the moral of the story is be excellent to each other. Even if you can’t find cheap tape.

16 thoughts on “Nothing Is Ever Easy”