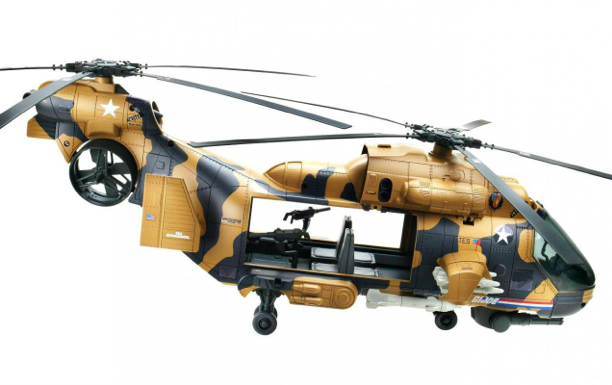 There I was, minding my own business on a Wednesday night, watching my new-found love of TV shows, The Toy Hunter, when I was suddenly transported back to December of 1987. No, I wasn’t really get sucked through a wormhole and landed 26 years in the past, forced to watch my 9 year-old-self wear pants that were too high. It was more of an existential experience back to when I had one of the best toys a boy could have. But over the years it slowly lost its pieces and parts in a pretend war campaign waged against Cobra. And the Empire. And Skeletor.

I was such a shit on toys. (I hope I remember to come back and think of a better phrase than that)

That particular episode of The Toy Hunter, the focus was on finding the GI Joe line from the early to late 1980’s and one of my all time favorites as a kid who was destined to one day join the real Army. I remember collecting so many of the vehicles that at one time I needed to rely on Star Wars creatures to operate them. The GI Joe guys seemed to have an issue with their legs coming off.

There was one vehicle, however, that ruled the rest of them. Of course this is up for debate because there are a million of nerds who will argue differently but this was the one that ruled my collection. It was the UH-6N Tomahawk helicopter made by Hasbro and it brought serious clout to the battlefield in the backyard.

This was more than just a toy. This was a toy that your other toys could interact with. Hours of fun could be had with this massive vehicle and I do mean massive. Keep in mind, I was 9 years old and probably 60 pounds soaking wet so playing with this helicopter would be the equivalent of “adult” me pretending to fly my ironing board around the room. Most of the time I was loading on legless joes in a hot LZ while medics applied tourniquets and the aircrew laid down a barrage of suppressive fire. I had a realistic imagination and was probably a real drag to play with.

This toy also had another special memory attached to it because like all kids who just can’t wait for Christmas Day, I found the awesome box under their bed in early December and had to crawl the walls for almost the entire month before opening it on Christmas Day. I hope kids still are that way.

So, I guess you are asking why I am writing about a Christmas gift in June? I can answer that. Bringing this tale back full circle to The Toy Hunter, this particular toy, in the unopened box went for $8,000. And that’s when I made this face: 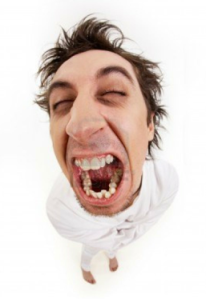 $8000 for an almost 30-year-old toy??? It’s hard to fathom six pounds of plastic parts to be monetarily equivalent to a 2003 Acura. I was in disbelief that not only was my favorite toy in a sealed box so expensive but that there are people who actually would pay that much! Why? I was a bit shocked but I also felt a bit validated because I consider it my favorite childhood toy.

Although the Tomahawk is probably a shell at the bottom of a box somewhere in the recesses of the parents’ basement, I took a piece of it with me through my evolving adulthood. It’s a rare thing for me to hold on to very much (both figuratively and literally) from one stage to the next but this bag is something I have not departed with almost thirty years.

Behold, the reminisce of the GI Joe Tomahawk chopper. Sadly, it all fits in a zip-lock bag.

Here we have the 18 point description of the helicopter and weaponry. You have to admit, this was a hell of a machine. It makes you wonder with crazy weapons like the “Laser-enhanced NVS (night vision system) 50 Cal Machine Gun” how they still couldn’t hit a Cobra trooper. Had they had some basic riflery range training, that show would have been a different cartoon.

Take a gander at all the cool tax-paid-parts that made this a formidable opponent on the battlefield. It looks heavy.

When you open the four page fold out we see the directions to put this behemoth together. I am sure this was the part that made Dad groan. And even with plenty of other toys on Christmas morning to keep my attention there was no way I would let Dad drink his eggnog in peace until every missile was on the winglets and every Joe was seated in the constructed ‘copter.

I believe that is how I was busted for peaking at the presents by whining to my father, “Come on Dad! I waited a whole three weeks for this! I mean…er…forever?”.

These toys were especially cool because each GI Joe had a back story. The pilot that came with the chopper was “Lift-Ticket” but his civilian name was Victor Sikorski, SSN# 675-51-5671, from Lawton, Oklahoma. I can see this was a little nudge to the makers of helicopters like the Tomahawk, Sikorsky.

I find it kind of neat that his story is pretty realistic from the way real Army pilots follow their profession. Opting out of Officer Candidate School and going to a Warrant Officer program was and is exactly how you become a pilot in the US Army. As a veteran, I get a little tickled how realistic the plot of Lift-Ticket’s life was. But that’s just the Army nerd in me. I won’t bore you with all that.

Stickers! Okay, decals. I never put decals on my toys. I did, however, decorate everything from my windows to books with them. I can’t tell you why but I am guessing that once Dad put the vehicles together, I wasn’t taking the time to stick warning signs next to the jet intake areas. My Joes knew not to stand there.

This is off topic but I was actually sent to the principal’s office for putting similar decals on the back of the bus’ windows. I had to scrub all the windows on the entire bus line that Friday. Looking back, I think that punishment was a bit  harsh. There is no way a kid today would be required to pay that price without the news being involved. What little pansies we raise today.

I forgot about these. Back in the 80’s we didn’t have this precious internet so we had to rely on good ol’ postal service. In every vehicle’s box had a card for mail-in points for impossible to find toys. Mostly, it was a Sgt. Slaughter campaign from his commercials and I was definitely a SGT. Slaughter B.A.T.T.L.E. Brigade member. All the way!

Seems a little weird that recently I met the Sergeant in the flesh. I am still a little put off by the smiley dick he drew for me. And his frill on his drill sergeant hat. All a bit strange. I am rethinking what his acronyms really meant now.

Lastly in the ziplock bag, we come to an actual part that I could never keep connected on the Tomahawk; the ramp. The little bastard kept opening mid-flight and in a fit of rage I tore it off and tossed it in the bind with all the miscellaneous guns and rockets from years of toy collecting. I told my platoon that seat belts were S.O.P (Standard Operating Procedure) from then on and I could calm my imagination and OCD.

These nostalgic posts always go from a scream to a whisper so I will leave you with this.

3 thoughts on “Tribute to the Best GI Joe Toy: The Tomahawk”