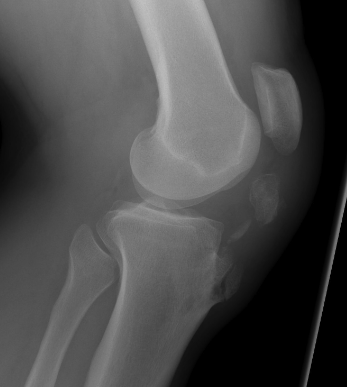 Hey there! So, if you follow me on social media you may have heard about my recent run-in with the ghost of Issac Newton. Last week I was negotiating what I thought was a pretty easy obstacle at the top of a few stairs and didn’t quite make the very last few inches resulting in a pretty big crash. I managed to fall, not down, but over about six steps, knee first onto the pavement, shattering my left patella (kneecap). It was one of those injuries that you immediately know you have done something really terrible. The muscles stop working, the body goes numb and the breath is sucked out of you all at once and you basically go into damage assessment mode. At least I do, anyway. It has been a number of years since I have been injured to this degree but back then I basically had a mental checklist like a T-100 Terminator of everything that is working and not working. It’s nice to know I still have that emergency mental rational thought available. It helps to not have a panic attack like the old lady on the bathroom floor demonstrating why a “Life Alert” bracelet is so important.

I ain’t gonna lie to you guys, this sucks. It sucks to be in this much pain from simply sneezing or having to give yourself a pep-talk to just get out of a car. There is no cast since it is basically the shield for the joint so it is exposed to any accidental bumps causing an involuntary Wookie sound or two.  Worse, finding yourself on a downhill speed-hobble with crutches because no one is ever good on crutches. There is no doubt surgery is on the way but until this leg’s swelling calms down and the travels finally wrap, I have to push it off a little while. It all just kinda sucks.

I am bound and determined not to waste this year’s Halloween Hell Show on a late-in-the-season catastrophe especially after all the cool travels and exciting finds I lived through this season. I mean, some of the places I was able to visit were insane and I have to take you there. To let this slide off into the “Further” because of work and a shattered knee cap would be criminal. It has actually bothered me way more than a normal person should be bothered since all 10 people who read this probably don’t care anyway. My buddy Matt from the site Dinosaur Dracula coined the phrase years ago, “Time wants to chop off my dick and feed it to Minutes the dog”. It is true that Time is no friend to any of us so that is why we must do everything NOW, because Minutes is always begging for more.

I have no doubt that this injury will be nothing more than a positive experience. Injuries have two directions with a person especially the older they get. They can either cripple you or make you stronger. They can make you timid and weak or light a fire in you to double down and spring you back into action like a little memo from the Universe saying “Hey, we noticed you have been too complacent, recently. Here is a challenge to grow.” Challenge accepted.

Now on with the show. 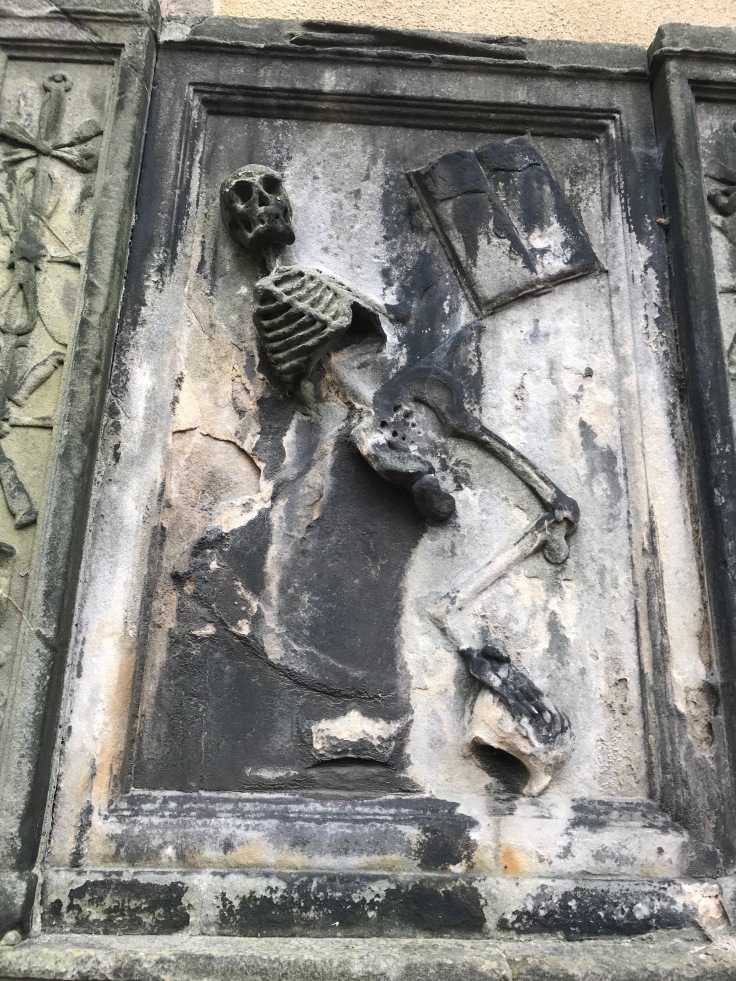 This year I was able to visit Japan, different states in the US and the Halloween Queen of Queens, Scotland. The gratitude I have for just being in these geographical locations, touching the stone of a 1,000 year old structure or talking with locals over a pint of beer, can’t be properly expressed in words. The best I can do is share this with you through video and stories because I want this to be preserved forever. I make it a point to make friends anywhere I travel and I made some pretty amazing ones this year. I kept repeating “how lucky am I” this entire season and that feeling still hasn’t diminished one ounce.

Today I am taking you to the famous Glenfriars Kirkland Cemetery in Edinburgh, Scotland. This old cemetery has a past so dark and evil, it has to be seen to be believed. I first take you there in the day time and then (after I missed my train back to Aberdeen) back at midnight while I walked alone in what is said to be the most haunted cemetery in the world! I am kinda weird like that.

Keep an eye out later this morning for this one and this afternoon we tone it down as I talk about little people in Halloween shows. I’ll explain later.

One thought on “Halloween Must Go On”