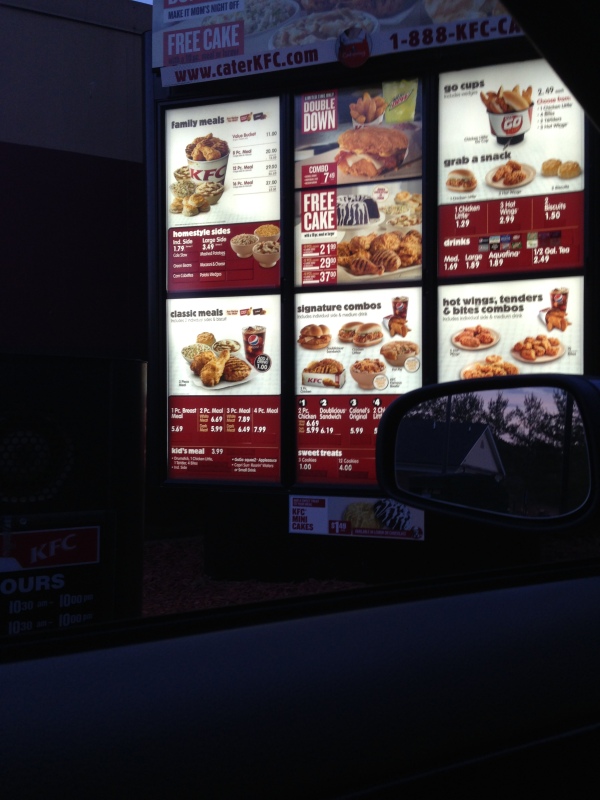 I know it’s been a while since I have done another installment of “For A Limited Time Only” and for good reason. Between travel and the awful situation with my little dog buddy, there hasn’t been too much time for anything. But I am not going to let this one escape the vault of limited time items just because it’s too ridiculous not to include. The infamous KFC “Double Down” is back for a short time and it wants to kill you. 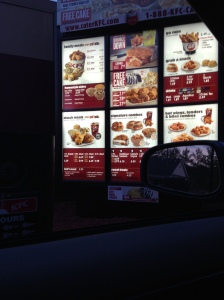 I am not going to lie to you, I was a little embarrassed ordering this thing. I’ll explain what it is in a minute, just incase you are unfamiliar, but I almost wanted to ask for a vegetable to balance out the order. KFC, however, scoffs at the thought of anything good for you so I was forced to look like the guy who just doesn’t give a shit. (I also had a Texas Pete stain on my shirt which I found later this evening. Class act)

The Double Down is the fast food’s middle finger to the FDA, American Heart Association and Surgeon General. Since its inception back in 2010, it’s been called everything from the “Fankensandwich” to “the worst thing freedom has to offer”. Personally, I find it fascinating. Not because it has an entire days worth of sodium and weeks worth of saturated fat, but because there are people out there who will eat this as a low carb option. You know, to lose weight?

There she is. All 580 calories and it’s packed in a cute little box. Deconstructing the “sandwich” you have two fried chicken breasts, two slices of bacon, two slices of cheese and the Colonel’s secret sauce. Alone, these items seem harmless but when their forces combine they become the Double Down, champion of a fat ass.

This is what it looks like to laugh in the face of danger. I tried it and I am still here. No better; no worse. The taste is exactly what I expected given the nutritional facts before hand. Just one bite (and I only had one bite) required a bottle of water from the sodium shock. And believe it or not, this comes in a grilled version however it has more sodium than the abomination you see above. That’s right, the Colonel has a plan of doom for everyone. Even the delusional who think they are healthier going the grilled route.

I didn’t think eating a bite would harm me but I have heard the mere sight of this sandwich causes a rare form of sudden obesity. I don’t believe any of tha-

Sorry, man. Looks like the urban legend is true.