It has been a little bit of a hiatus since my last post here on the 2013 Halloween Countdown and I am so sorry for that. Work is one of those inescapable plagues of adulthood that sucks creativity away and replaces it with money. The great conundrum of life. But do not be troubled, I am back and full of Halloween vigor.

I’ll be right back with a very scary recap of a killer show from the late 1980’s and 90’s which had Halloween episodes few can rival. It is close to my heart and I dreamed of someone like Matt doing a recap but requests like that can be annoying so I figured it should at least be attempted by me. Hint: He has a felony record for drugs.

Hope all is going well and I will have this up soon. Until then, I need a question answered. What was the one scene in a movie or TV show that turned you into someone who loves the spooky side of life? Me, it is a tie between the original trailer to The Creepshow and the librarian in the movie Ghostbusters.

I remember the trailer more than the movie we saw in 1982. It was Empire Strikes Back but the only true memory I have is the horrific grim reaper peering through a bedroom window at the beginning and it has haunted my nights so much so that I still sleep with the blinds closed. Today it’s just out of habit.

The Ghostbuster’s librarian just made me piss the theater seat. I can’t rationalize it but for some reason in 1984, I was under the odd assumption that Ghostbusters was a movie about a motorcycle gang. I guess that’s how a six-year-old’s brain works, or at least how mine did. I never claimed to be bright as a child.

So, I have a clear memory sitting in my seat, completely terrified when books started floating and those damn New York library lions accompanied by the icon opening theme, but when the free-floating vaporous apparition transformed into a demon-monkey, trauma set in and I have never been the same since. I love demon-monkey for that.

So, what was your turning moment? We all have them so lay it on me! Comment below, on Twitter or on the Facebook page which I KNOW YOU ARE ALL FOLLOWING. 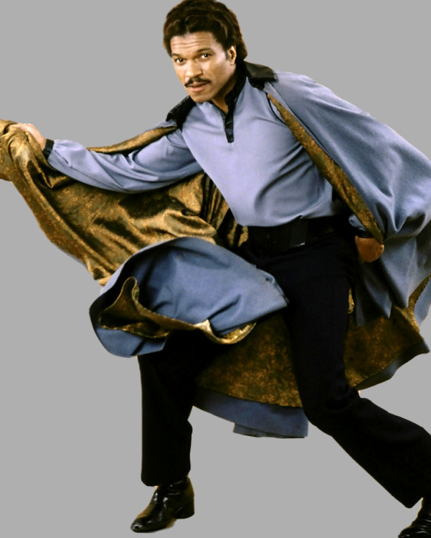 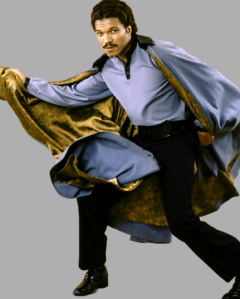 It isn’t very often that I have buyers remorse on eBaby and this time is no exception. While strolling the virtual aisle of eBay in the “nerd” section I stumbled across and item that I could not say no to. Actually, I am shocked anyone could say no to this. May I present to you… 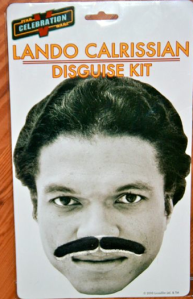 I know that this is just a novelty item but it’s nice to see LucasFilm Ltd has a bit of a sense of humor. Now if only they had official Star Wars Colt 45 12 packs for sale. Now that would be more of a VeggieMacabre-type item for review. Until they do that, you’ll have to just watch this.  Enjoy! 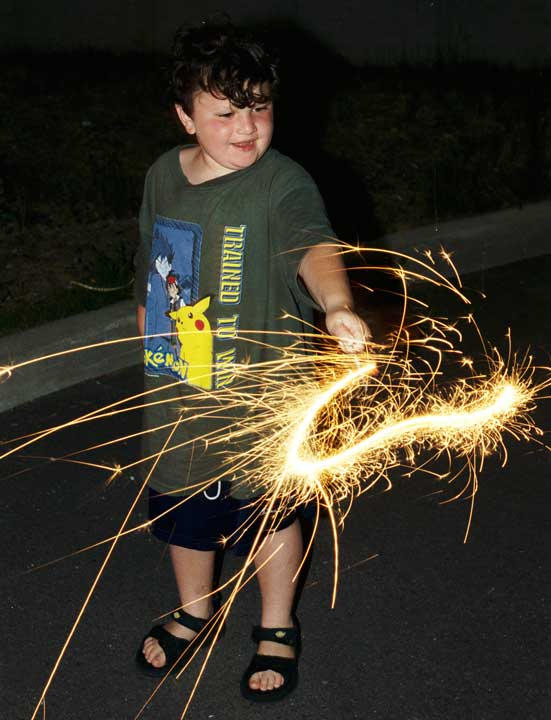 Before I begin on this post tonight, I wanted to let a few of you that still read VM in on the new stuff that has been happening to the WordPress page. It’s changing and soon it will be a “dot com” rather than a “dot wordpress”. Part of the reason is that I have visualized this site into something more grandeur and fun. You know, with videos, interviews, links, articles and pages for….whatever? Anyway, it is finally coming to fruition and as soon as some cascading word and the cool intro is done I, I will launch it. Also will be the collaboration of one of my favorite sites and internet peeps, Brian of Review the World. I think you will notice similarities, especially in the review section. So, keep a heads up and look for your personal invite in the interwebs mail. The contrast will look something like this…

Now on to the content of tonight’s post; “What I have blown good money on thanks to eBay”. There is no question that I am always tardy to the party when it comes to fads or even really cool life changing items that most everyone has. It’s true! When everyone in high school loved Nirvana I purchased and was enamored with Motely Crue’s Dr. Feelgood album…on cassette. When kids in elementary school had He-Man, I had Star Wars. Call me old school, call me out of touch but to this day I look at the “now” and I stick with “when”. So it should come as no surprise that on Sunday, eBay and I became buddies. Look at the crap I bought! 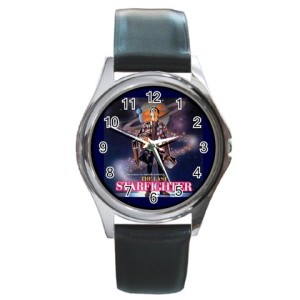 I have a knack for destroying watches. Whether it is my $32 dollar Ironman running watch or my $3k Swiss watch, all have been put in a box because I guess I sway my arms around like Gilbert’s little brother. I have anthropomorphic images of my watches huddling together and clinging to the one I take out of the box for fear that this will be the last time they see one another. Did you know that I am older than five?

Oh yeah, so I bought the watch you see above for $10. I bought The Last Starfighter watch for $10! I bought a watch, with a picture of Alex Rogin holding a Star League uniform for $10! Granted it is shipped from Hong Kong for almost the same price but…I will have a watch with a mini movie poster of the movie, The Last Starfighter. If it tells time, that will be a bonus. 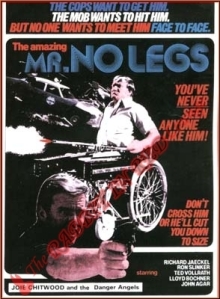 This is a t-shirt that I really couldn’t say no to owning. Apparently this was a 70’s B-rated action film that is pressed into glorious fashion. I really do pray that I don’t wear this around anyone with…you know…no legs. But still, how could you say no to the movie tag-line, “He’ll cut you down to size”? 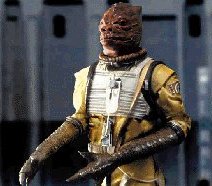 Now, this is taken on faith but I bought, er, won the auction for the autographed picture of Bossk, the bounty hunter from Empire Strikes Back. For $15 I figured ignorance is bliss if it’s a fake and it is going to a friend anyway. I like to imagine he signed this in costume because those claws look pretty tricky to write in.

So, that is what this guy wasted $67.oo on this weekend. The t-shirt is shipped from the UK and it came at a price of 17£ which I guess at the current standard equates to around $29 bucks or so. I don’t care, that shirt puts me into a new elite status among my peers.

Goodnight and be well!

Things might get a little crazy between now and Thanksgiving so just in case I don’t get a chance to post then, I will post this now. This is what I am thankful for.

So that is my 2008 list of thanks. I wish everyone a safe and happy Thanksgiving. Try to reflect and let the people who mean the most know how important they are to you. You never know when you may get another chance. Think of those less fortunate and if you can, share. Try to keep an open mind and forgive those who you don’t get along with. At least for Thanksgiving. Letting go and loving is so much easier than holding on and hating.