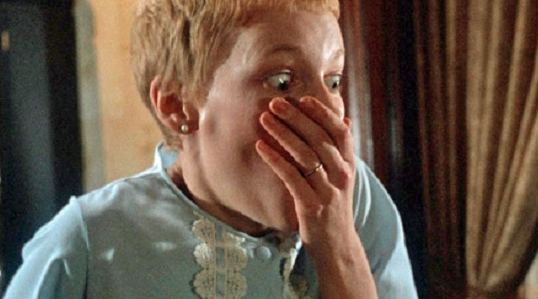 Yes, Mia Farrow, this is really happening. Coming this July, The What The Hell Show goes live and soon you will all be subjected to my mind, wit and poor Final Cut skills. This has been in motion since its conception last August and now we are at the final countdown for launch. So what to expect?

Well, the original shows like Beers With Movie Sauce and Spooky Carolina will still be going on (actually better produced and with more people) but it will be under the umbrella of The What The Hell Show. Expanding from there we will be running a weekly podcast interviewing neat people from freelance writers, actors, fellow webmasters to local rock stars and all around fun people. These will be able to be downloaded free and streamed live. Also you can watch reviews, the normal Halloween Countdown and other random fun videos to spend your work hours watching instead of doing your job. I am here for you.

There are other people (much smarter than me) who are helping to make this program a reality and I cannot thank them enough. Especially since they take beer and food as payment. So, sit back and watch  Will, the responsible one and Bill, the irresponsible one, talk about what is happening.

Also, I just learned how to clone so ignore the difference in lighting. Give this old dude a break.