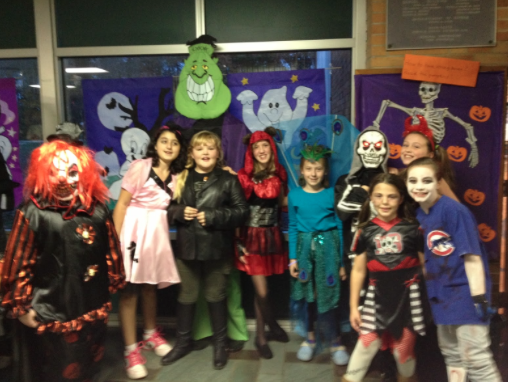 There are certain moments in our life that define us. Whether it is an act from another person or an event which forces us to rise or fall to an occasion, there is no doubt these moments shape the way we are, how we view the world and how the world views us. A particular defining moment happened to me way back on an October evening in the year 1985. I was in the first grade and even though most of that year is a clouded-jumbled mess, I remember this evening vividly clear. The annual Mt. Bethel Halloween Play.

From kindergarten to fifth grade, every class participated in this play which took place at 7:30pm, some weekday evening in October. The whole cafeteria/auditorium was decorated to the nines with hay bales, overstuffed scarecrows, pumpkins and what seemed like hundreds of the iconic Beistle Halloween decorations. It was absolute heaven and for the couple of weeks leading up to this performance, we got to eat square pizza at lunch in a literal Halloween wonderland proving yet again, the 1980’s was the decade to be six. 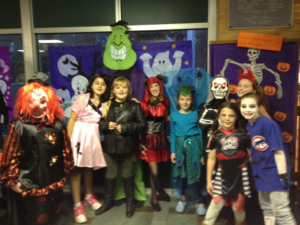 As the play drew closer, each classroom practiced their song or skit or whatever during music class. We had one music teacher who was responsible for the whole Halloween play and looking back, that would be like training twenty dogs to bark “Twinkle Twinkle Little Star” while at the same time worrying about one of them shitting. I have a lot of respect for the patience and organization of that woman.

The younger kids had a simple song to learn while the third grade and above incorporated instruments like bells, a piano and the dreaded recorder. Goddamn, I hated the recorder. No kid in the history of anywhere was decent at the recorder. And when you have thirty-five kids blindly blowing in those things, it’s like listening to Celine Dion seven octaves higher and backwards  with her hand in a blender. 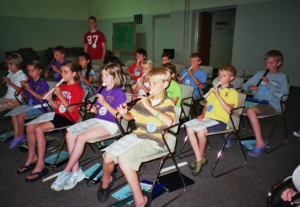 Lucky for me at that time, I was only in the first grade. Our class had just one song to perform for the night but this wasn’t just an ordinary Halloween tune about spooks or lame pumpkins. No sir, this had a hidden surprise at the end and to a first grader, little surprises where never taken lightly. In fact, it captivated the minds of me and my little group of buddies.

The song is “Stirring Our Brew” and to my surprise, it’s still a relevant children’s song. The melancholy tune has three parts which goes:

This all builds to a climactic end when we slowly turn backwards then spring out screaming “BOO!”. That was the part we could not wait for. In fact, my cohorts and I wanted to secretly take it a step further with arm motions and an improvised “BOO”. It was the one chance we had to shine and mediocrity would just not do. In our little minds we absolutely thought this would put terror in the hearts of our peers and parents.

If you are curios how the song goes, click here. This kid does it justice.

The day finally arrived for the Halloween Play. We all wore the costumes to school that we would wear that night. I guess a dress rehearsal of some sort. It’s an unwritten rule that no teacher ever wants to put on a play and leave a kid to his or her creative accord without giving a nod of approval first. Once the lights go down, their butts are in the kids hands. 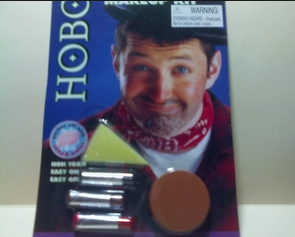 I was a hobo. See, if I didn’t have an idea of what I wanted to be or the folks wouldn’t buy me a $40 oversized latex mask, I went as a hobo. It was part laziness, part an opportunity for my Mom to put blush on my cheeks and nose. Later in life I learned she dressed me as an alcoholic, homeless man with blown out capillaries on his face but back then, I was closer to a clown than a guy who cleans windshields with newspapers. I think there were at least five hobos that year.

Another standout memory from those autumn plays was the fact we were at school during the nighttime. That was almost taboo to me. It was crazy to see my friends in a school setting past 2:15. The windows that were always so bright were now darkened by night and in some weird way I felt this was like seeing your teacher in her bathrobe. The school felt vulnerable and there was black and white difference with everything. As if there was an absolute difference between my desk during the day and at night. Is any of this making any sense? It’s okay to say no.

Back to the play. We all gathered in the hall outside the auditorium/cafeteria as the school principal, Dr. Butts (I know), thanked the parents for coming and praised the staff for putting together such a great play. My parents were in the packed crowd and I was excited to give them the scare of a lifetime. My buddies and I had agreed to take this climactic “BOO” to the next level. Some bragged how high they were going to jump, others mimicked their clawed fingers and snarled faces. I, myself, had a spin on the “BOO” adding extra parts. This was jump-in-place excitement.

The retarded kindergarteners were finally finished and Mrs. Hudson rose us from the Indian-style seating position and we were shuffled onto the three leveled stage. I remember vividly the enormous crowd with flashing cameras. It was a sight to be taken aback by but before I knew it we on the stage, me dead-center. The piano started up and with over exaggerating mouth movements, Mrs. Hudson began the chorus.

The excitement was almost more than this kid could bear. Did they know what was coming? How scared will the audience be? Do you think someone will have an accident and have to throw out their underwear like Ms. Taffle made someone do the first day? The possibilities were endless and the cross of anticipation was getting to be too much to bear.

The distraction of my excitement would be my undoing, however. You see, while my mind was busy imagining shrieks of horror from the audience, I lost where we were in the song. I was a whole stanza ahead.

While the second part was halfway through and the kids were still stirring their brew, I slowly began to turn backwards, completely missing the fact the entire first grade was still looking ahead. I curled my fingers and raised my lip over my teeth, making the most intimidating six-year-old face a person could ever lay eyes on and waited to the last “Tip Toe Tip Toe..“

What I thought to be that said last “Tip Toe” was the cue to spring around in the most violent fashion imaginable and yell at the top of my voice “BOOO!”. But I didn’t just yell “boo”, as you remember I improvised the startling “boo” sounding more like “BOOOYOOODLELOOPIELOOPIE WOOOBOOP!”.

The piano kept playing but the class stopped and every six-year-old pair of eyes were on me. Also, every audience member’s. 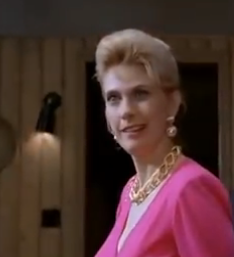 And in that single moment I was frozen in time, making monster fingers at an audience who were both confused and humored. I collapsed into my peers, completely mortified. They didn’t even finish the song!  We were walked off the stage to a lukewarm applause and laughing adults.

I remember that being the first time I experienced what it is like to truly blow it. Almost everything after that is a blur except when we were allowed to find our parents. I was greeted by my Dad who was over the top with how praise totting how great I was. It was the final straw and I busted out in tears. A six-year-old with running hobo makeup. Leave it to Dad to solve and cause all problems in a young kids life.

Life moved on, of course. The next week Jeremy Pricket pissed his pants when the fire department came to visit doing disorientation practice by spinning us around and having us crawl to the fire escape. That will always take the heat off of any faux pas. Beyond those two district memories, I don’t remember much of the first grade. I know I passed.

So, while this may have read a little depressing, it really wasn’t. Even today, Dad will still tease that timing is everything. We live through these funny moments that do shape us, even if they seem silly or trivial to others. It’s been thirty years since that funny night and I still remember it so vividly and worst yet, that annoying song, “Stirring Our Brew”.