(This was written quite a while ago. Sorry)

I trust everyone had a happy and safe Halloween? I hope so because I did. Actually it was the best one yet. Anyway I am going to post a blog that I have been giving great thought about over the years. You see, I am the type of person to really beat a nonsensical notion to death. One of notion is this odd idea I have of the afterlife. I don’t believe that we will be living on clouds with wings and halos because, to be honest, I am far from deserving a halo. But what I am hoping for is an abundance of the Earthly pleasures we enjoy here and now, without the consequences. Here is an example.

I die. Let’s say I am pissing and drying my hair at the same time because I really want to go out in style. Regardless, I cease to live and I find myself on an escalator to the great beyond. (I do believe there is an escalator of some sort) Once I get to where I am going there will be a door. That door will have a sliding eye-hole and behind it is a guy who asks for the password. (I hope it’s a cartoon ape, I hope it’s a cartoon ape) And some how I know it. I don’t know how I know it, but I do.

Now this idea I have is so wacky that I think many religions are started this way so if you watch CNN in a few years and see me in a compound, you can say you knew me when. Ok, where was I? Oh yeah, so the password will determine whether you get in or go to Hell. In my world, Hell is standing for an eternity on the waiting list for IHOP on a Sunday morning. So be good for goodness sake!

Of course I will say the right one. And beyond the door will be a smoke free English pub with every TV on VH1 Classic, ESPN Classic Bowling 1979-’84, Alf, DOG The Bounty Hunter, and To Catch A Predator (We can poke fun of the people that will be waiting at IHOP forever). I will have a seat at the bar and the seat to my right will be vacant. When I ask the bartender (who is Ernie Pantusso from Cheers) what is new, he will know my name and my drink and say, “Will, it hasn’t been the same without you”. Then he will hand me a menu.

The menu is a list of everyone I have ever wanted to meet and have a drink with. All I have to do is pick a name and they will stroll up, have a seat next to me and order a drink. And then I can strike up a conversation and ask all the questions I have ever wanted to know and listen to the stories that I have always wanted to hear. That would be Heaven for me. Good drink, good conversation and Coach as my bartender. These are my picks for my first day in heaven. 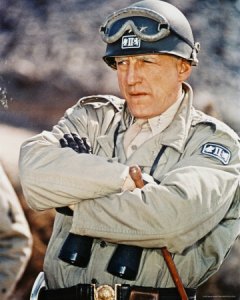 “Romell, you magnificent bastard, I read your BOOOOOK!” God, I would love to hang out with George C. Scott. That guy was one of the greatest actors of our time. Can you imagine the stories this guy had? The parties of Hollywood elite when it was good to be elite. Today the Hollywood elite is equivalent to a dump in a Smucker’s jar but back then, that was acting. And I think our conversation would be quite intriguing.

I wonder what his drink of choice would be? I peg him for a Dwars and a splash guy. In his later years he wasn’t the pillar of health so I imagine that Dwars to be accompanied by a fine cigar and a plate of cream cheese finger sandwiches. I know that my Heaven pub is smoke free but it’s freakin’ George C. Scott, man! Even in the afterlife there are exceptions. 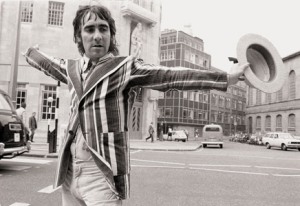 Keith Moon! Can this guy party or what? If you are unfamiliar with Keith, he was the late drummer of The Who, who set the standard on how to be a reckless partying rock star. If there was alcohol, he drank it. If there was something to be snorted, he sniffed it. If there was a hotel room to be destroyed, he not only destroyed the room but the entire hotel. In fact the Holiday Inn still has a ban on The Who today.

He and I would drink a few shots and I would ask him about diving into an empty swimming pool as we have a laugh. To be in the presence of the guy who named Led Zeppelin, inspired Beatle songs, the first to use on stage pyrotechnics, and beyond all else his work with The Who would be fascinating. Now that is a slice of fried gold! Oh yeah, did you know Keith died in the same room Mama Cass from The Mamas and the Papas died in? She didn’t really die choking on a ham sandwich, did she?

As for Keith’s drink I bet that he would drink……everything. And chase it with a bar mat strained shot. For those unfamiliar with that it’s all the spilled alcohol that is collected at the end of the night. I call it a “OH MY FUCKING HELL WHY WOULD YOU DRINK THAT” shot. 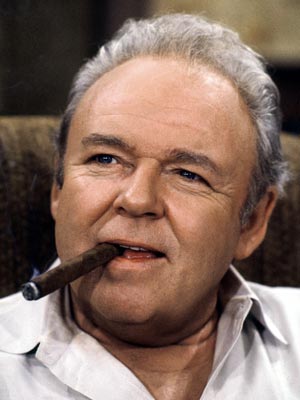 “Well in the words of Harry S. Truman, if it’s too hot in the kitchen, stay away from the cook.” I would love to hang out for a few hours Archie Bunker. Not Carroll O’Connor but the character Archie. Hey, when I’m dead and gone I believe this will be possible. I also believe I will drink with Hobbes too so go with me on this one.

The real reason I want to rock out with Archie is so he can call me a Meathead. Is that so wrong to want to be called a Meathead from an American icon? I don’t think so and if I’m good all year, put out cookies and leave a thank you note by the chimney, I think it is only fair that I can be accosted by Archie Bunker. Wait…I think I am confused. 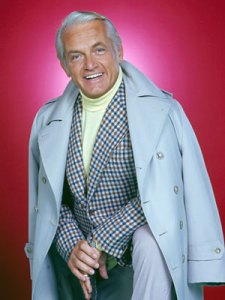 This guy! Who wouldn’t like to tip a few back with Ted Knight? Especially when he does his “Pigs In Space” voice which I am sure would come out right after our third Bullshot. Oh! And ol’ Billy Barool! “Oh Billy Billy Billy Billy Billy.” I say this to myself every time I’m in an odd predicament.

John Candy. Oh geeze. If there is one person I would want to hang around for a while it would be John Candy. I was so sad when he passed away and even today I have a hard time watching certain scenes in his movies. Especially this one:

Ho man! Every time that part of the movie comes, depending on the company, I have to go to the kitchen or do push ups. Something! It’s pathetic to see a grown man whimper over a John Hughes movie.

Well, I bet we would have a blast! He’d reenact that classic scene in Uncle Buck when he flips a quarter to that principal and told her to have a rat chew that thing off her face. Uncle Melanoma head. We’d finish a bottle or two and toss some darts. Oh yeah, that aint purgatory! 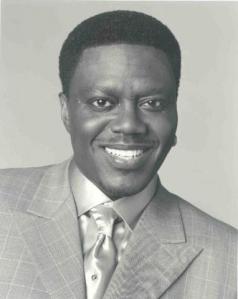 The man, the legend. Bernie Mac is definition of cool for me. God, I still can’t believe he is not here with us. But I have faith I will be able to shake his hand someday. And you know what? This is one dude I don’t mind hogging the Holy Jukebox.

I imagine he would be sipping a snifter of VSO and chewing on a Cuban. Me? I would be chugging a Pabst Blue and catching Goldfish crackers in my mouth. And we could be completely happy with that. Damn, I miss Bernie Mac. 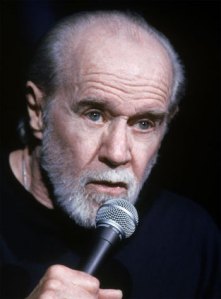 I know I am not alone on this one. Who wouldn’t want to spend some quality time with George Carlin? Who? I bet it would be a one sided conversation because I wouldn’t even know where to begin. He seemed like the type that could carry on without much of topic. I doubt he would get old but I could see myself wondering, “I wonder if Gallagher is dead?”

So that is my list. But don’t get me wrong, when I kick the bucket my first priority will still be spending eternity with loved ones. Like how I presume I will be going to Heaven?

Don’t worry! I won’t be buying the big dirt box condo yet. You are stuck with me and my gibberish for your reading-at-work pleasure. Hey! Why are you reading this at work anyway? 😉